We have had MY Travel BF for 5 months now! While we have an About Us page on our blog, we thought it was time to do another introduction and give our readers a little more information about us.  Here are 10 interesting facts about us:

1. We currently live in Milwaukee, Wisconsin. We have been living in the Riverwest neighborhood for about a year and a half now. For now, we are taking advantage of cheaper costs in Milwaukee compared to other bigger cities as well as living close to our family. We’ve made a Milwaukee bucket list of different activities, restaurants, and bars. This bucket list has helped us to constantly check out new places and “travel” in the city we live in.

2. We’re both from Waukesha, Wisconsin and even went to the same high school (Waukesha South). Waukesha is a suburb of Milwaukee and is just about 25 minutes from downtown.  Mike was a junior when Becca was a freshman, and although we never really spoke to one another while attending high school, we definitely knew who each other was (more on that later).

3. We have a dog named Churro. Becca’s aunt was fostering a pregnant dog from the Elmbrook Humane Society and we were lucky enough to adopt one of the puppies. She is the cutest mutt and just over a year old. She’s a very happy, snugly, energetic pup and loves going to the dog park and getting chased by other dogs.  Although she may be a hurdle in traveling even more, we could not imagine life without her.

4. We both enjoy running. Becca has been running since joining her high school cross country team. Mike became more interested in running when he was living in Spain and joined the running group, Beer Runners. Becca just ran her third half-marathon, and Mike just did his 4th marathon. Although it was a tough course and pretty cold, we both had PRs! We’re eagerly looking for another race.

5. We reconnected with the app Bumble. Don’t knock it ’til you try it! It’s funny to think that we went to the same high school but had to wait 10 years to actually start dating. That said, we are both grateful for Bumble.

6. We both work in public schools. Mike is currently an ESL teacher and Becca is a school social worker. While working in urban education can certainly have its challenges, we love being part of educating the future generation.

7. We both (obviously) enjoy traveling. Pre-relationship, Becca enjoyed traveling during the summers to different locations, including San Juan, Puerto Rico and Los Angeles, California, and worked in order to extend her time there. Mike had lived in Spain for two years while teaching English as an auxiliar de conversación through the Spanish government. He was able to explore different parts of Spain and Europe while living there.

9. We have recently tried to give up eating meat. This change was mainly due to ethical, moral, and health reasons. It has actually been very easy when we’re at home and cooking for ourselves. It gets a little trickier when eating out and even more tricky when traveling outside of the United States. We’ll definitely still indulge every once in a while but neither of us are looking at permanently going back to eating meat all-together.

10. We both speak Spanish. Not only is being bilingual a plus for our jobs, but it also makes it easier when traveling to Spanish speaking countries. We wish we spoke more languages, but for right now, it’s just English and Spanish.

We hope this post helped you get to know us a little better. It’s important that our readers know who we are because we want to create a sense of community here at MY Travel BF. While we want you to know us, we want to know you too, so we can help provide you with travel information that’s relevant to you and can help you travel better.

Is there anything else you want to know about us? Tell us a little about you. What would you like us to write more about on MY Travel BF? 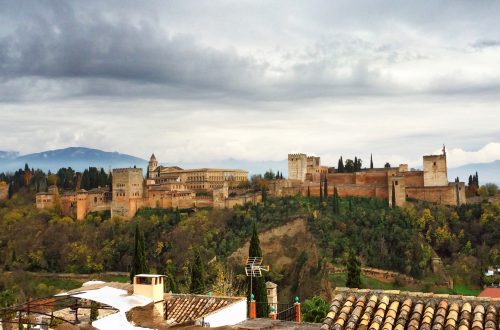 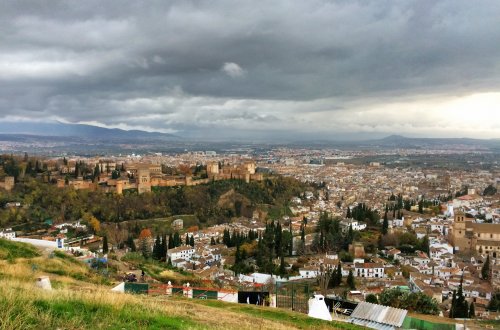 20 Photos That Will Make You Want to Visit Granada, Spain 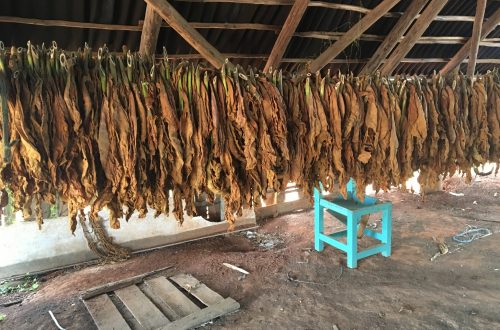 Viñales: The Place to Get Cigars in Cuba

One of Becca’s favorite places in Milwaukee is t

NEW POST - Do you want to visit Nashville but hate